For contemporary dance and theatre artist Kristin Kusanovich, going into climate action from the arts is a “natural leap” as great art has the power to move people into action and artists are critical in creatively communicating climate science and inspiring change.

As a theater and dance senior lecturer in Santa Clara University, Kristin founded tUrn in 2019, a week-long intensive set of activities in April and October where faculty, staff, and students come together to talk about the climate crisis in a dynamic interplay of transformative headliner events, resources grouped by themes to spark conversation and action, with partners near and far who are making it all happen. tUrn is inspired in part by Kristin’s background in the arts working with the University’s Center for the Arts and Humanities and the Center for Sustainability.

Why “tUrn”? Kristin says the name seeks to emphasize the “U-turn” that is needed in shifting away from the causes of the climate crisis, including the interconnected problems due to humanity “going in the wrong direction.” It is also a word that is used in dance, implying balance, momentum, and movement, and highlights the “U” in “University” and “Us”.

“We are seeing all over the world a lot of people in the humanities and the arts who are leading elements of the big movement towards climate action… I have talked with a lot of scientists who have a lot of emotion and passion about the problems in the world, but they aren’t able to express it deeply enough with their students. This is where the artist can come in. I see the climate crisis as an unfolding tragedy that we ourselves are causing and also being subjected to,” she said.

The first tUrn Week took place in October 2019 on university grounds and featured activities like a 12-hour reading of Laudato Si’. In getting tUrn Week established and adequately supported, Kristin made sure to first involve faculty and staff so that they would feel ownership. No distinction was made among the disciplines or fields, as the climate crisis cuts across the different sciences and humanities.

After the initial tUrn week in October 2019 where faculty and staff were engaged in events that tackled the climate crisis, Kristin encouraged them to take the lead in the second tUrn Week in April 2020 that happened virtually due to the pandemic.

About 50 faculty members signed up to teach about the climate crisis in their class and 20 different events were also organized as many ideas and synergies formed together with students. One of these convened 16 university clubs from different disciplines in “The Good Market”, a solutions-oriented event where club members pitched ideas that can contribute in addressing the climate crisis. In some events, speakers who were initially supposed to talk on other topics shifted their talks in solidarity with tUrn Week celebrations.

“As an artist, I am comfortable with the thought of what the audience is going to take away, but I know something happens when you make great art, and that it is immeasurable on some level. I hope that tUrn will become great art and that some small shift will happen within every person’s heart,” Kristin said.

“Combined with news, combined with other initiatives…tUrn might be that tipping point or permissive space where people can realize they need to act,” she added. 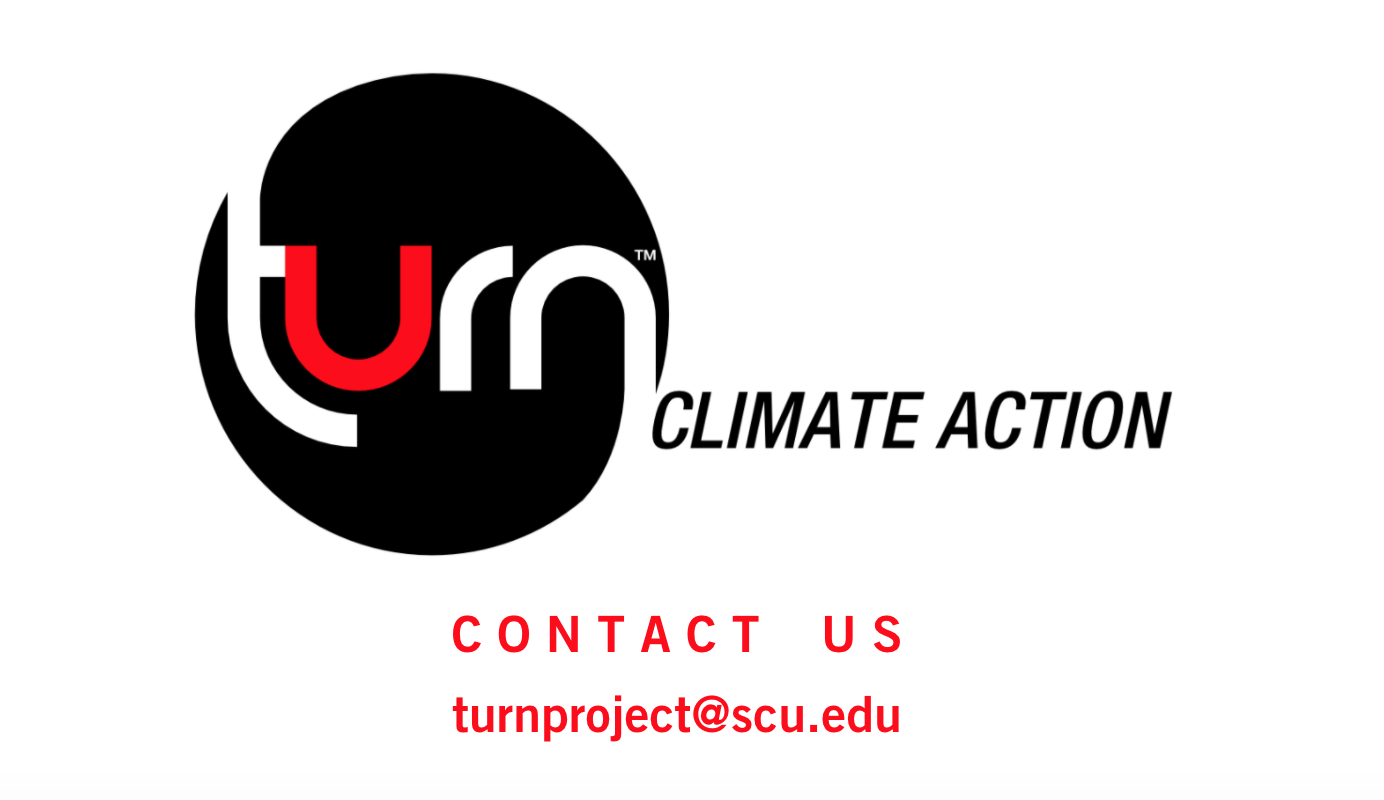 Kristin also hopes that tUrn could serve as an example activity for other universities in helping tackle the climate crisis. She wants to invite people from other universities or even other countries in future events so that tUrn can grow into something broader that highlights the interconnectedness and urgency expressed in Laudato Si’.

Talking about the climate crisis is necessary in solving it, she said. It is an often-difficult topic to bring up because of the anxieties and fears around it, but she reminds people that having a “centering practice” helps cultivate courage, “whether that is prayer or meditation or walking or reading. (F)or me, this is dance, you deserve a centering practice and you should strive to cultivate your spiritual depths so that you feel grounded and rooted while literally there are storms coming or hitting,” she said.

“Take care of yourself – that spiritual nourishment – so that you can have courage,” she said. “If I had two words, it would be ‘have courage.’”

For more information, tUrn also has a thematically-organized resource section on COVID-19 and climate crisis articles. Kristin talks more about tUrn, her inspirations, the project’s origin and where it is headed in the first episode of The Common Good Series, a show produced by Ecojesuit to highlight stories of people and communities for building a better normal.