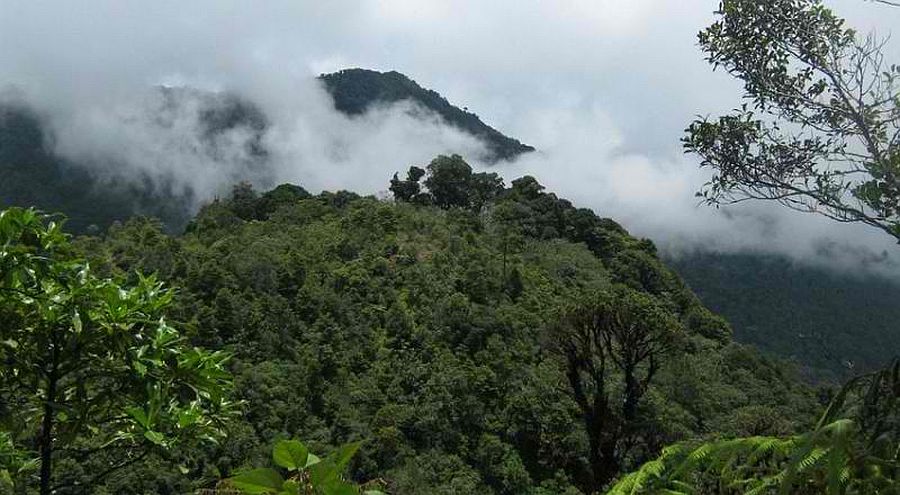 Honduras in Central America is a country of rich history, breathtaking geography, and generous people. But it is also a country struggling to deal with violence and where death threats are often carried out with impunity. The reasons for the violence are incredibly complex, but one issue that is increasingly connected to conflicts is mineral resource extraction. Honduras has substantial deposits of gold, silver, zinc, lead, iron, ore, and antimony, and in 2011, mining exports generated US$ 206.5 million according to the National Metals Mining Association of Honduras.

In September 2013, a small group representing Jesuit apostolates in Canada and the US visited Honduras. The delegation was organized by the US Jesuit Conference and hosted by Fr Ismael “Melo” Moreno Coto, SJ, director of Radio Progreso and Equipo de Reflexión, Investigación y Comunicación, a Jesuit-run community radio station and social research centre in Honduras. The visiting group included Jesuits and lay collaborators, including two members of the Governance of Natural and Mineral Resources (GNMR) network, one of the Global Ignatian Advocacy Network’s (GIAN) priority areas.

The visit lasted nine days, and what we heard and saw during this time was unsettling, confusing, and tragic. The purpose of the visit was to learn more about the social and political reality of Honduras, the response of the Church to current challenges, the role of international relationships, and how we can be in solidarity with the Jesuits in Honduras and the people they serve.

As a representative of Canadian Jesuits International, a Canadian apostolate, I was particularly interested in the impact of the new mining law, passed and ratified by the Honduran Congress in early 2013, and developed with the support of the Canadian International Development Agency.

Referred to as the General Mining Law, this new mining law was passed and ratified on 26 January 2013, ending the moratorium on mining permits since 2006 that former President Manuel Zelaya signed and who canceled all future mining concessions at that time. Zelaya proposed a bill to the Honduran Congress on May 2009 that included a ban on open-pit mining, the use of cyanide and mercury, and requiring community consent for any mining license or concession, among others. The coup in June 2009 stopped the legislative process for this proposed bill.

This new law was met with continued opposition as new mining concessions and exploration of mining areas for development were undertaken under a new legislative framework. We also heard that those who oppose encroachment on their land are often threatened and criminalized.

During our visit we met with people from various sectors of society, those struggling directly to defend their land against infringement, and others accompanying and supporting them in their fight.

We met with community members from La Nueva Esperanza, a village in Tela municipality, department of La Atlántida, who have been fighting to protect their land from mining development for over 12 years. They fear the same environmental destruction and health problems that have affected other communities.

One community member told us, “Life is hard now, kids can’t go to class and the teacher is harassed. No one can live peacefully because when employees of the mining company enter the community, people run into the hills away from their homes due to fear. The community is also divided.” Enrique, an older community member, said he was shot at during a community meeting about the proposed mine. He doesn’t want the mine and is concerned about negative environmental consequences. “There have already been dead fish found in the river, and it is flowing in three different colours. The deforestation (trees were cut in preparation for the mine) has already caused problems.” Enrique fears more fish will die and the water will become polluted if the mine is built. For generations the community has depended on the nearby Leon River and the surrounding land, and they want to protect it.

The presence of authorities recently increased in La Nueva Esperanza, but rather than assuring protection, community members feel terrorized. Those who tried to accompany and support the community were also threatened. Two international observers were abducted for several hours because they were accompanying a woman in the community who does not want to sell her land. In addition, a local priest and lay person supporting the community received death threats.

One person who is speaking out against the onslaught of new mining projects is Bishop Michael Lenihan, OFM of La Ceiba, Honduras. The delegation met with Bishop Lenihan one afternoon and he shared their group’s activities. On 1 June 2013, the La Ceiba diocesan assembly met and agreed that the mining industry presents serious problems to the whole region.

The Statement by the Diocese of La Ceiba was released on 26 June 2013 expressing their concerns on the mining activities in the department of La Atlántida. In a conversation with Luke Hansen, SJ, editor of America magazine and a delegation member, Bishop Michael Lenihan, OFM of the Diocese of La Ceiba and one of the signatories to the statement, shared his thoughts.

Following are excerpts from the conversation that appeared in the 10 February 2014 issue of America in the article titled Mining justice: Defending the environment and stopping violence in Honduras :

“Luke Hansen: What can you tell us about the expansion of mining interests in Honduras?

Bishop Michael Lenihan: The Pontifical Council for Justice and Peace recently published a document on the love of creation and the need to protect mother earth and not to abuse and exploit it. There has to be dialogue and respect for the people. In this region there has not been any respect or dialogue with the people. Armed people pressure the landowners to sell their land. That is the big problem here.

We entered into dialogue with some of the miners in La Atlántida. We brought the community together and had two meetings, but we did not succeed in stopping a prominent miner in the region. At one stage, he told us that if he could not win peacefully, he would bring people to help him enter by force. He said that to us privately at the meeting, but I think it is publicly known now. There is a lot of tension in the area. It is a very difficult situation. We have spoken with the people and tried to show solidarity with them. At times, in the face of the machinery of the state, it is hard to succeed and convince them not to exploit the land.

Luke Hansen: How did the diocesan statement about mining come about? Have you had any positive response from the average Catholic about this?

Bishop Michael Lenihan: The letter [statement] came after a lot of debate. We let the ideas mature. We took out certain things, added certain things, and in the end we felt it was the right moment to publish something. We decided that we will do something to support Father César [Espinoza] and denounce what we believe is unjust and support the people and be a sign of solidarity to the people who are suffering in the midst of that.

Overall, the response was quite positive and a lot of people congratulated us on the letter. One of the bishops down in Choluteca said he had a meeting with antimining groups, and he used some of our thoughts and reflections to speak to the people. The politicians, however, would be negative because they do not want the church getting involved on that level. There have not been threats to our lives or anything because I believe it was very balanced, very much based in the Gospel, church teaching and the Franciscan charism of love for creation.”

A related article by Luke Hansen, Down to Earth: A struggle over land and power in Honduras, was published last February 2014.

Since returning to our respective homes, the delegation members stayed connected to the work of the Jesuits and their partners in Honduras. One outcome is the development of an advocacy project on Mining & Environmental Justice for Central America. This advocacy project addresses the goals of the GNMR network, “to support and advocate with and for people and communities affected by mining.” The project will specifically aim to raise awareness and build local capacity to undertake environmental health monitoring, community education, and effective advocacy in Central America and the Caribbean, especially in Honduras, El Salvador, Guatemala, and the Dominican Republic. The project will be led by the US Conference and carried out over the coming years.

Kirsti Tasala is the Youth and Outreach Coordinator at Canadian Jesuits International. Previously, Kirsti worked with non-profit organizations in community development and education in Canada and other countries. Kirsti also lived and worked as a volunteer in Costa Rica, Kenya, England, and Japan.