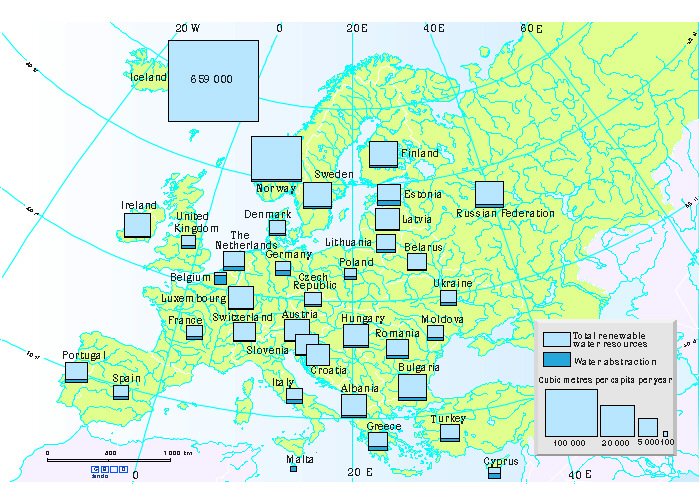 The access to safe and clean drinking water and sanitation is a basic human right, declared the UN General Assembly in 2010.  Yet, less consensus exists generally on the question whether the operation of water supply should be organized privately or by public authorities.  The controversy is not new, but gains more and more attention.  In Italy, a law that should pave the way to the privatization of water supply in June 2012, was rejected by an overwhelming majority of citizens through referendum.

In most cases, privatization efforts are not aimed at converting the entire supply structure such as wells, water tanks, piping systems, etc. in private ownership.  The core of the discussion deals with the many attempts to organize the management of the water supply via the private sector through (temporary) concessions.  Proponents of liberalization argue that private enterprises deliver these services in a more efficient and less expensive way than public companies do – an hypothesis however that to this day lacks empirical evidence.

It is estimated that about 200 million people worldwide (six percent of the global urban population) are supplied from facilities which are publicly owned, but managed by private companies.  About 70 million people are supplied by institutions that are fully privately-financed property (particularly England and Wales, parts of Chile, and the US).

The increasing penetration of private actors into water service, particularly in the 1980s and 1990s, that appeared as profitable business has since raised concerns about increasing prices and declining supply quality, primarily in poor rural regions.  As private companies pursue business interests rather than common economic goals, they cannot be suitable for providing people with basic social services such as clean water supply, sceptics say.

In view of such objections, the Italian political scientist and human rights activist Riccardo Petrella pleaded in 2001 for a “World Water Contract” that should guarantee basic access to water for all people, and ensure sustainable water management worldwide.  Water policy, Petrella argued in his visionary “Water Manifesto,” needs a standard treaty to achieve long-term investments and to guard citizens co-decision rights on water related issues.

It is this crucial aspect of participation that now might find a concrete form in Europe within the next few years through the European Citizens’ Initiative.  This initiative introduced by the Lisbon Treaty and will from now on give European citizens the possibility “to invite” the European Commission to bring forward legislative measures within the scope of the powers of the European Union (EU).  The European Institute of Research on Water Policy,  founded by Petrella himself, is currently preparing a European Citizens’ Initiative that aims for a revision of the European Water Framework Directive of 2000.  The initiators want to embody in EU law that water must be considered as a “common good” and needs the shared responsibility of its citizens.  Citizens should therefore receive concrete participatory co-decision rights, rather than mere information and consultation opportunities.

The process of the European Citizens’ Initiative is complicated, lengthy, and costly.  Nonetheless, it promises an extensive debate on how we imagine our water supply in the future and in whose hands we will entrust.  Particularly in a political regime like the EU that has often been criticized for its lack of democraticy and participative elements, such a strategy offers promising attempts towards a broad dialogue in a highly topical question.  The initiative combines the concern for water services with the use of new participatory elements and thereby touches very different challenges of environmental governance.

The Jesuit European Office in Brussels will support this campaign and report regularly on its outcomes in its website.

The Italian Jesuits dedicated their summer editions of “Aggiornamenti sociali” and “Popoli” on the national referendum on water services privatization in Gesuiti news.

For further information on the European Citizens Initiative on water, visit IERPE’s website.