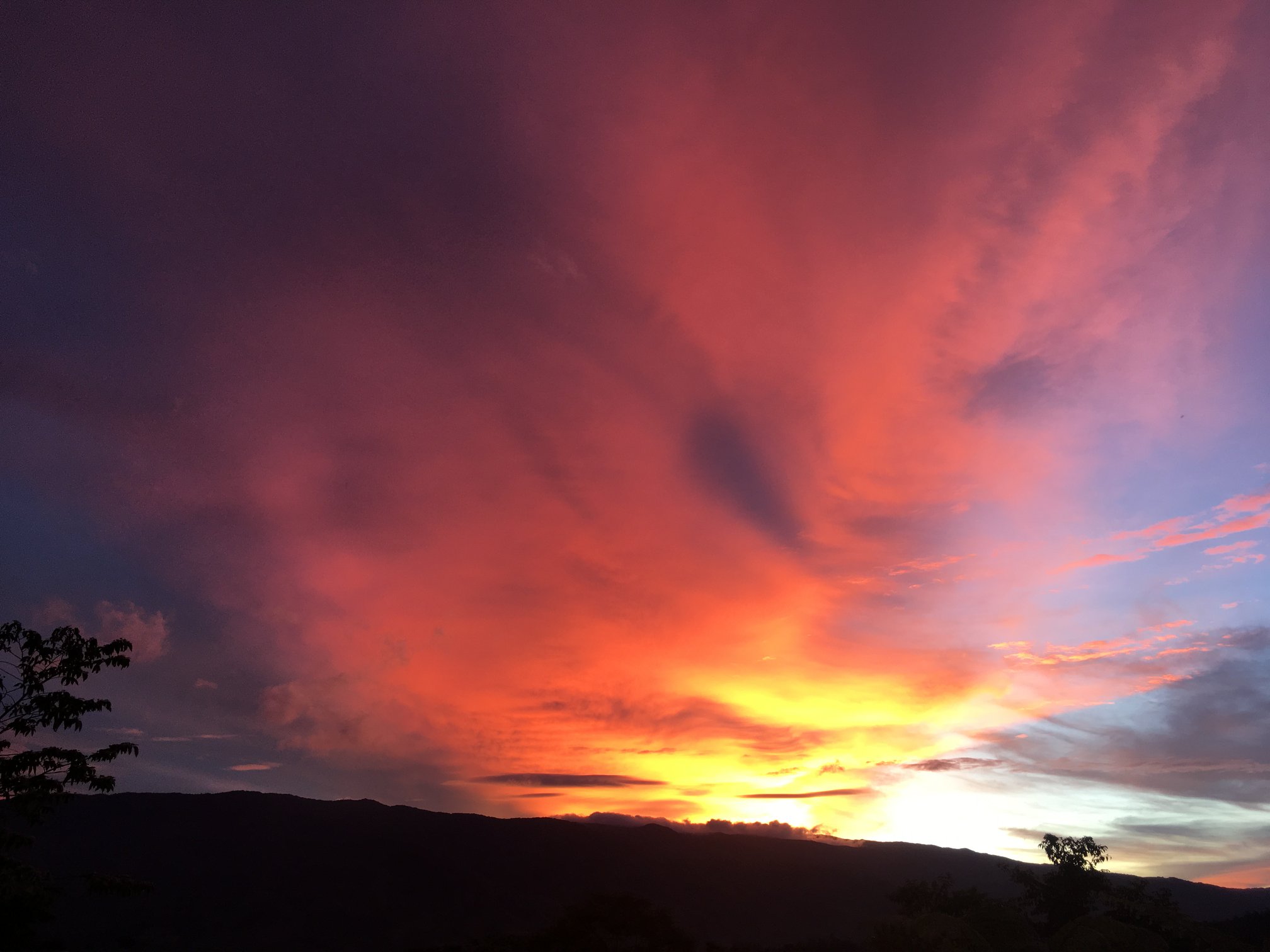 On 3 September, Pope Francis met with some ecological experts who are collaborating with the Bishops’ Conference of France on the theme of Laudato Si’.

The prepared document for the meeting lays out the formal welcoming message that talks of one single human family and a healthy humanity, while highlighting that during the pandemic, the social fragility and environmental degradation are integral to the global context.

It highlights the urgency and participation of the Church in response to these signs of the times. The steps are laid out – of awareness, of being Christian, biblical conversion, and connectedness. It is attentive and hopeful; most of all it is encouraging. This is a supportive and inclusive way to lay the path for the universal Church in all its diversity.

Unfortunately, this brief welcome, treasured by a few, and used in various editorials, will be filed away, as the Pope handed over his prepared address to his visitors and proceeded to speak impromptu from his personal experience.

Communicating with his usual calm sure voice of concern and firmness, Pope Francis shared his personal thoughts that are focused on his own experience of becoming aware, of listening deeply to voices that reached him in 2007. He recounts: “I discovered, side by side with them (indigenous of Amazonia), the wisdom of the indigenous peoples, and also the wisdom of ‘good living’, as they call it. ‘Good living’ is not the ‘dolce vita’, the easy life, no. Good living is living in harmony with creation. And we have lost this wisdom of good living.”

His own point of conversion fed Laudato Si’ and attuned its timing to call for deeper consciousness before the Paris Agenda. The urgency and steadfastness is again clear, as in the greeting message, while adding his personal ecological conversion.

This urgency and steadfastness the meek of the world seek needs to be addressed in the formation of a new normal. We are in ‘covid-time’ and it is part of humanity from here on. We are on a different learning curve that is compounded by grave disruptions in local to global economies, political decision processes and other disasters – the distant Arctic melt, fires in California and Amazonia, massive bleaching of the Great Barrier Reef, and typhoon Haishen (195kph with gusts of 240kph) hitting Japan and Korea a week after typhoon Maysak.

So what do we learn from the Pope?

The simplicity of a personal story, the harmony in difficult times, the integrity and wisdom of a context and life well-reflected upon, meaning head, heart and hands – these are lessons from the Pope. We are called to feed the broader community of humanity, not just in pious aspirations of wellbeing but actions of compassion in and beyond the church and shape a solidarity with those struggling in the world. Whatever the burden, we need to respond with hope and generosity.

How does this help us talk with others so that together we change with hope not fear, and in this way, to unite?  People are afraid of losing even more in this progressive move of covid.

How do we want to weave the wisdom and the dreams of those suffering today into our different Jesuit provinces and conferences? People are highly aware that the global concern is the pandemic and the economy and anything that interacts with these, and the need to form a process of responding to the signs of the times with faith. Migration, education, environmental degradation, as well as corporate and policy shifts that lack transparency and accountability – all these complex processes contribute to greater basic vulnerabilities in the margins that are a major part of the population, including a growing percentage of the youth.

Yes, the challenge for Ecojesuit is to get the narratives of the six lead actions coming from the Conferences in sync with very fluid movements and priorities in the world today. The lead actions highlight the interconnectivity of present issues and provide a basis for discussing the best influences on what becomes the new normal.

The first lead action is connecting agriculture and entrepreneurship, recognizing food insecurity as the most basic and the limited linkages of small farmers to markets that allow for some income that sustain their families and livelihoods. There is a whole range of people basically growing vegetables and sharing a greater appreciation of basic food while the struggles of farmers gain greater recognition. This awareness is daily shared on social media and does express a greater involvement and hope of rejuvenation of community life and the human spirit, but is challenged to connect to the larger issues of corporate injustices.

The second lead action is addressing the social-economic-environmental integrity in the face of deepened poverty- business as usual- environmental degradation. This is very complex, and greatly affected by the economic forces acting on a particular country and its own political-military stability.

On the global level we hear of different international actions, of trade agreements (and disagreements), and financial initiatives. The third lead action is to track and explain economic institutions emerging at the global level. Trying to grasp this is very important but people generally have little sense of its impact so it is very important to track the shifts and continue to explain the consequences. In the meeting with Pope Francis was Gaël Giraud, the French economist who precisely has been seeking to shift the financial paradigm.

Advocacy for climate action grows with every fire in California 10 times faster than the loss of the Arctic ice sheet, and is the fourth lead action, to advocate for climate action, human rights, and the contribution of Indigenous Peoples. Human rights and the suffering of indigenous communities are a daily struggle and also highlight the basic human rights and security issues around Black Lives Matter, particularly in cities of the western world.

Though the UN Sustainable Development Goals (SDGs) have fallen off of the world screen for action and even the COP (climate talks) process, both of these will grow in focus as they are all the more critical in addressing the broader socio-economic context of covid. With Pope Francis continuing to voice the call for divestment from fossil fuels, there are the widening platforms and networks of Laudato Si’, Season of Creation, and Jubilee Year emerging and finding a sustainability in broader church networks. The fifth lead action, strengthening the Laudato Si’ Universities Action Platform and other Action Platforms of Laudato Si’ Year and Querida Amazonia is part of this broader call to defining a new normal.

Threading all the sunsets and sunrises on Facebook alone, the tree planting worldwide and what this expresses of the rejuvenation of the human spirit, one family and a new humanity – these are all actions of hope that must be continued to sustain. The human spirit is most challenged in these times of uncertainty and the psychological vulnerability of the youth is of great concern. The sixth lead action, promoting ecospirituality and the need for its awareness in basic education does call for attention.

The effort of Ecojesuit is to share woven ideas (from engagements and conversations) that relate with what is urgent and critical, and develop or strengthen ways of collaboration, actions and processes. While Ecojesuit advocates, it is not structured to build a movement but tries to contribute strength and hope and support to groups and organizations. Processes that emerge are not immediately appreciated because these are not often understood as “concrete actions.”

The challenge is greater in covid-time as the opportunities for real meetings are suspended and meaningful conversations are difficult to engender in video meetings. The contexts and settings easily isolate and fragment, even if there are 200 to 400 people joining a Zoom meeting. All the more Ecojesuit is very challenged to communicate with depth and with sharpness.

In weaving these lead actions together (and the UAPs), we cannot for example, talk about change in rural livelihoods unless we talk about entrepreneurship and economics, fair trading, our consumption and its impacts on the environment. It is not small farmers who are burning down the Amazonian forests for more meat and more animal feeds, or for palm oil to make more stabilized processed international foods.

We need to reflect on our own path in life and the call for conversion – the other road. Spirituality of consumption needs a practicality. Yes, we celebrate with good food and wine, but also with frugality not just dieting, with much deeper sharing and fair pricing.

So as we take each lead action and talk through the string of interconnections with the other actions, avoiding placing any issue in a silo, we need insights not simply in theory, but with the reality of today. The world needs a different learning curve and the youth give us this, and we need to weave this through every lead action.

And one might ask where is Jesus Christ in all this? He is found in every reflected emotion, thought, and action, in every meeting with another .and in the daily context viewed with hope, not power.

Pope Francis works with the needed institutional administration that is necessary, yet he recognizes the vital importance of communicating the daily wisdom that people seek by which to live their lives. People have sympathy for the burden of administration he carries at his age, but also see that he is buoyant as he responds to the daily needs of people, the good news, the blessing people need.

The Pope’s message relates well with the Ecojesuit lead actions and show their relevance, whether for the immediate or for the long-term new normal. Pope Francis’ strategy is to share his journey of conversion, with such effective simplicity and heart, offering courage for the commitment needed in facing a deeper and often disturbing reality. We are touched, and surely many others, to welcome and echo this call with, as Pope Francis said, “eyes turned to Jesus Christ”.