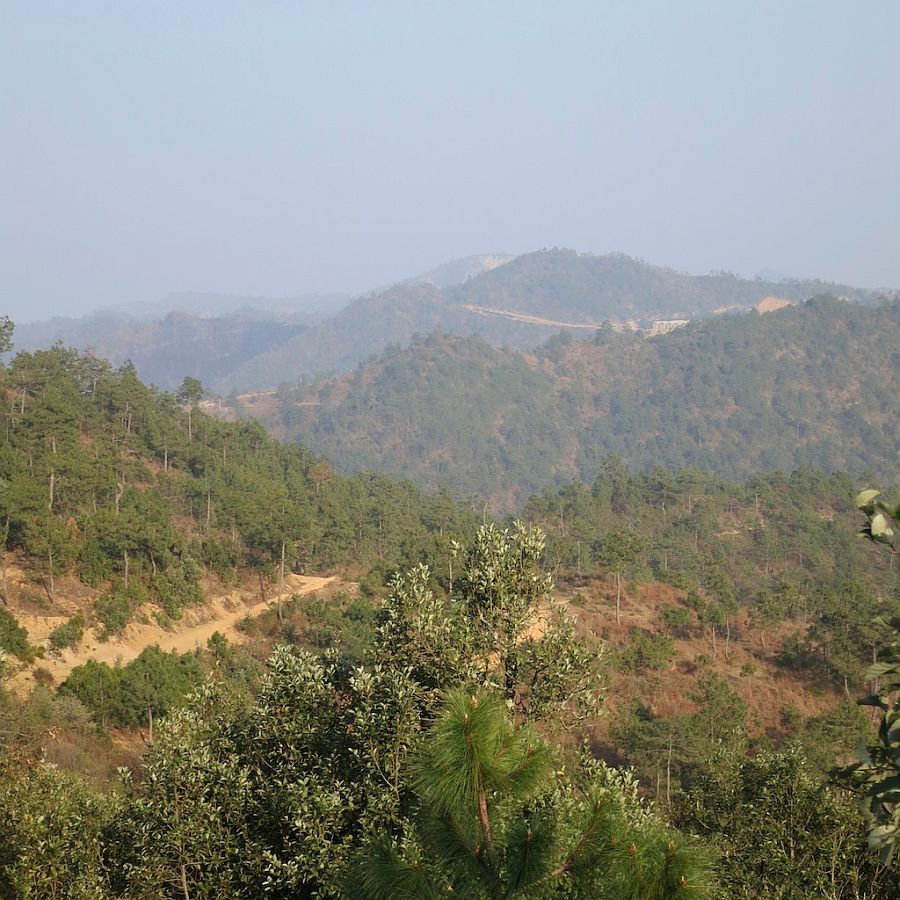 China has one of the most expansive limestone plateaus in the world, and it is in south China that the most diverse karst landscape developed. The south is believed to have the largest single karst area in the world, including eastern Yunnan.

China’s karst landscape stretches through eight provinces in southern China – from Guangxi and Hubei in the east to Guizhou, Sichuan, Yunnan and parts of Tibet in the west. China’s karst belt extends to about 600,000 square kilometers with 80 to 100 million people living in this region. These areas are known to be the borders of poverty, ecology, and opportunity in south-southwestern China.

Yunnan comprises nearly 44 percent of its total land area – from Kunming to the east is a vast display of many karst forms. The most celebrated is the stone forest in Shilin Yi Autonomous County, about 80 kilometers southeast of Kunming. It covers 350 square kilometers of pinnacle karst that emanate from the ground appearing like trees, creating the illusion of a forest. To the southeast is the Qiubei marshland where the crested cranes stop.

The area can be distinguished in three ecosystems: karst ecosystem, river and cave ecosystem, and agricultural ecosystem. Much of the limestone areas there are pine forests in different conditions. At this time of the year, much of the area on different mornings is shrouded in cloud, moisture is gentle and allows the land be prepared for early planting. The landscape is spotted with flowering pear and apple, peach blossom, and kapok (cotton tree) flowers. Further up the hills, the rhododendrons and camellias are flowering abundantly and the floor is like a wedding carpet covered with flower petals. New flushes of brilliant green shoots are like flames against the darker vegetation, notably the alders and wild plums.

Small rivers disappear into cliff faces with massive walls that guard the entry into the stories of history. There are other places with series of sinkholes, hectares in scale and pinnacle hills. The fields look as if they have been sown with stones.

The land is producing broccoli, mustard leaf of a kind, or canola oil seed. Some land is being flooded in preparation for the new rice season. Moving up the winding paths are corn stubbles, which are evident residues from an earlier season. There are shrub growths along the way. Some are cut for easily managed fuelwood, with alder as the main source of coppicing for decades, and some pollard stumps that must be a century old. This has been a part of life along these paths for generations. Every concave curve on the landscape results in an accumulation of moisture and often a spring that if the animals were not allowed to access, people can drink clean water from it.

In some areas, the pines are intense and the carpet of needles is so thick as to be slippery along the slope. Korean spruce is also growing in the area. The seeds are intense on the ground during this time of the year with regeneration occurring in some areas, which sustains generations to come. In other areas, the pine is tapped for resin; unfortunately, this 50 year-old tree or more will not survive for long the hard cutting and give up its resin sap.

Looking up, some of the tributaries are evident with grazing by cattle, goats, and horses that moved along the tracks as “beasts of burden.” In some areas, the vegetation is profuse, some appear untouched; the livelihoods of many are sustained by this growth through the seasons, but many are starting to ask about the sustainable use of the land and water, and the beauty and strength of the land and its relation to people.

Tao Fei Guo, a local youth of 18 plus age, picks a beautiful rhododendron; he carries it for some distance until I can catch up with him. I asked why did he pick it. He says, “it is something beautiful and its name is the eagle flower. It is part of this landscape and our people. And yes the pink one beside is called wild tea in the area, a beautiful camellia.” What an answer! Where could he learn such reflection and expression of cultural identity? This is a young man I saw with a cellular phone before, standing by a flashy motorbike, but somehow he is managing the challenges of globalization.

We came up from the stream channel onto the plateau running around 2,000 meters elevation, locally called as ɡāo shān cǎo diàn, which can be described as an alpine meadow. It is an area of intense heat and light, wind and cold. As a consequence, its vegetation is close to the ground, mainly perennial grasses, sedges, and forbs (herbaceous flowering plants). It is gentle sloping, grassy land, with very old bush stumps, usually few inches tall with weak root system. Bryophytes and lichens are other life form plants found in the area.

Areas that are greatly trampled by human passage and animals are degrading rapidly and irreversibly without intervention. Young larch trees and stunted rhododendron shrubs are commonly seen as succession to previously alpine meadows. High winds are common in alpine ecosystems with less rainfall (average of 300 millimeters a year) resulting in a relatively dry environment. Much of its water comes from cloud stripping. This is a most critical ecosystem where soil erosion rate is fast, and high solar radiation promotes high evaporation and transpiration rates. With just a little more pressure, this will collapse.

On the last craggy outcrop of limestone, it is eroding with curves and eyes of eons old and it is easy to sense a human presence that retreats back into a culture and lifestyle of the ancients. Amongst the limestone outcrops, there is a burial stone in front of a mound. Man and woman have lived and died here, giving all beings, all life – soul – to the life and land otherwise unknown. With gaping mouths and open eye sockets, these eroding stones look stunned –unable to tell anymore the stories of the land.

At the top of the climb is a wonderful plateau of red soil, sown again with stones. It is vast, stretching to the skies; a vast other world above the narrow valleys, a world of great difference, oblivious of life below. Yet all the water flows below, unseen is a land without rivers. This red soil intensifies and disappears in swirls of deepening steps as sinkholes unable to hold water, vegetation reaching up for every drop of moisture it can suck out of the atmosphere. Landscape of soil and sky carved by water and work is the identity and meaning of a people. These are magnificent relations in this age, unknown in the future for what it will be. But today is a mastery of relations, of geology and generations.

As the light stays with us to guide us on our way down, we see everything replayed in paled light and the white flowering blackthorn brilliant in the shadows.