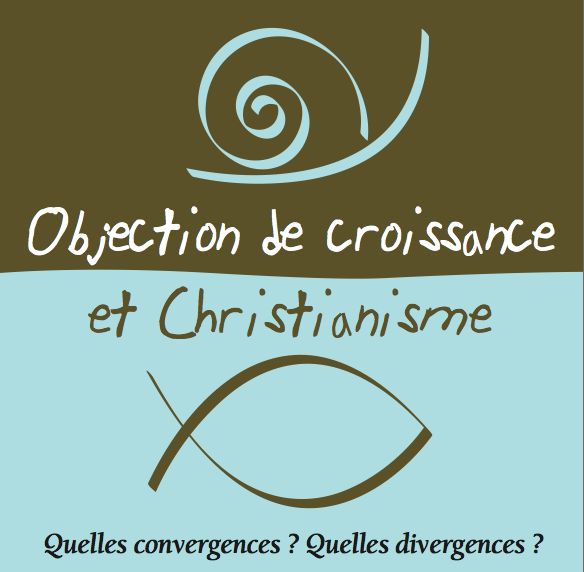 Chrétiens et pic de pétrole (Christians and Peak Oil) or CPP is a study group established in 2008 in Lyon, France which questions the culture of excess that has invaded Western consciousness.

Its aims are to rely on the results of scientific and anthropological research and to search for universal values in Christian sources that, individually and collectively, could help to tackle the crisis in which we are engaged and to prevent its negative effects.

The point of departure for the CPP is a simple observation often ignored by the dominant system: that there cannot be infinite growth in a finite world.  This evidence makes CPP members “objectors to growth” but another observation reinforces the group’s originality and their position.  Whilst we cannot deny that the Church challenges this dominant system, many initiatives undertaken in the name of the message of the “Good News” modify profoundly the conservative position of the Church.

In challenging the system that generates the domination of a minority over the rest and that destroys the planet irrevocably for their own benefit, these actions are  “mobilizations in the way of Christ” that show that the Bible is still alive, still at the service of the poor.

CPP organised several seminars and workshops in the last four years, and these exchanges positioned the association at the intersection of three principles in harmony with the concepts of sustainable development and green growth: social cohesion, the economy at the service of the people, and the preservation of the planet.

CPP advocates an abandonment of productivism and destructive consumerism and is convinced that the message of Christ is consubstantial with the search for balance and that the “good life” for all – especially for the poorest – emerges from this harmonious balance.

CPP draws some of its positions from Emmanuel Mounier, Jacques Ellul, Antoine Chevrier, and theologies of liberation from Latin America.  CPP takes pride in its proximity to those who fight against this system in popular movements – within and outside of the Church – that challenge and continue to undermine the dominant order.

Christian revelation contains all the necessary elements that church members should implement.  CPP is committed to this path, analysing the various historical situations of infidelity to the basic message of Christ, and are convinced that the path which follows in the footsteps of Christ should allow us to move from a society of destructive competition to one of co-operation, based on the values of solidarity and fraternity.

CPP is convinced that in every Christian persists a faith that can still allow an understanding that in the midst of the social, economic, political and environmental crisis suffered in the last 60 years, one can be influential for the good in society whilst being fully Christian – not only inside of the Church, but in our relationships in the world.

CPP is also opposed to productivism and “extractivism” – options that go against humans and destroy the planet.  The ability to consume cannot be the alpha and omega of social success.  Whilst the idea of continuous growth and constant development shows its complete inconsistency, CPP is convinced that “more linkages and fewer goods” must allow humanity not to be under the sole influence of money but to look for the “buen vivir.”

The necessary conversion of the richest people on Earth to sober lifestyles responds to the universal call of the Gospel to a simple life.

Finally CPP is convinced that we must question the blind “faith” placed in techno-science that prevents the emancipation of humans and willingly subjects them to “produce, consume and shut up.”

Choosing ‘correct use’ over ‘misuse,’ ‘simplicity’ over ‘complexity,’ ‘sharing’ over ‘competition,’ and ‘non-commercial relations’ over ‘profit’ is an absolutely necessary condition as a basis for a new political project free from competitiveness, speculation, and profit that can give Christian meaning to our time on Earth and its transmission to future generations.

CPP would therefore continue to pursue this fundamental reflection through many different subjects, believing that the intersection of ideas from socialism, ecology, and Christianity will open new fields for possible discussion hitherto barred by insurmountable ideological positions in the current system.

CPP wants to trigger concrete implementations from their intellectual options.  This is only made possible by bringing together associations, groups, networks, trade unions and political parties.  To facilitate discernment, it is essential that small study groups continue to meet regularly as a “laboratory of reflection.”

A third conference is planned for 2014, and the connections between a “new eco-socialism” and the message of Christ as a new societal paradigm will be the storyline for our reflection laboratories during this coming year.