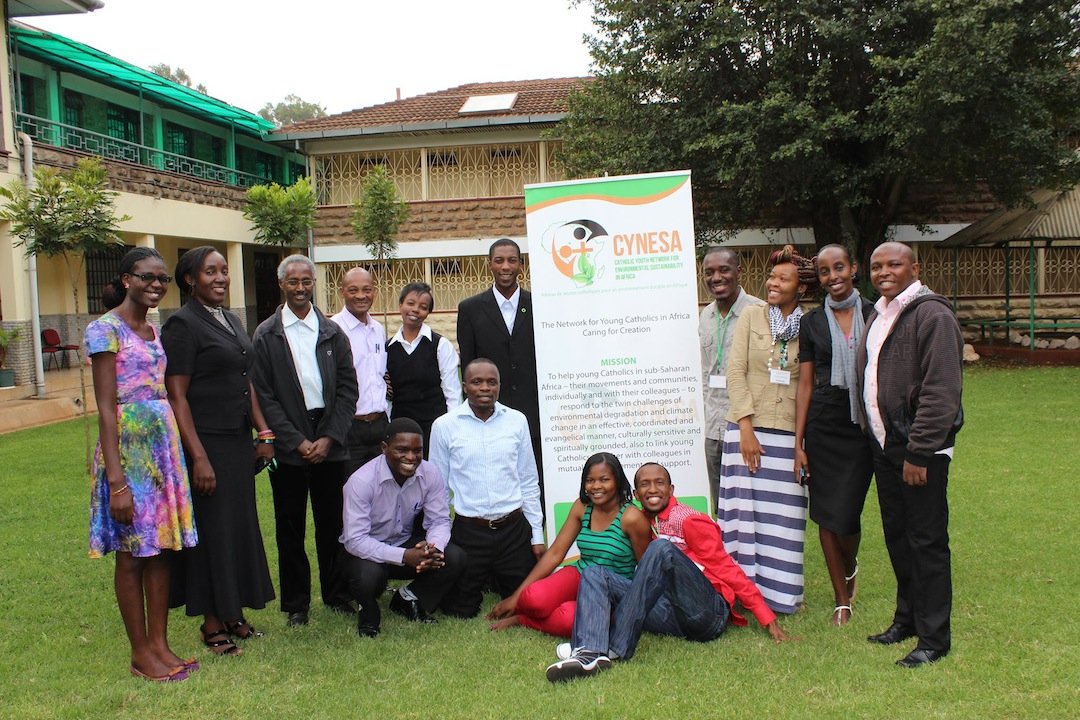 The Catholic Youth Network for Environmental Sustainability in Africa (CYNESA), with the support of the Alliance of Religions and Conservation (ARC) and in collaboration with four Jesuit schools in Kenya, Tanzania, and Zimbabwe, embarked on a project to develop a climate change toolkit for youth in Jesuit institutions in Africa.

About 20 participants gathered for a preparatory workshop that officially marked the project’s launch. They included science teachers from Saint Peter Claver High School in Dodoma and Loyola High School in Dar es Salaam, both in Tanzania, and St Aloysius Gonzaga High School in Nairobi, Kenya.

A number of Jesuits, including the director of the youth and young adult ministry of the Zimbabwe province, also took part as speakers and participants during the two-day event last 21 to 23 March 2014 at the Don Bosco Youth Educational Services Centre in Nairobi.

The overall goal of the project is to enhance the knowledge, skills, and engagement of young people in Jesuit institutions in relation to the impacts of climate change and in the context of Catholic Social Teaching and Ignatian Spirituality.

The preparatory workshop was aimed at gaining an understanding of the context of climate change issues in Africa, and more specifically in the three pilot countries of Kenya, Tanzania, and Zimbabwe. Further, participants explored how young people that they accompany and form in Jesuit institutions can be effectively involved in offering a faith-inspired response and what kind of toolkit might help guide such response and activities.

The latest report of the Working Group II (Impacts, Adaptation, and Vulnerability) of the Intergovernmental Panel on Climate Change released 31 March in Yokohama, Japan, illustrated the impacts of a changing climate on both ecosystems and human systems. It gives the example of the floods of the Zambezi River in Mozambique in 2008 that left 90,000 people homeless. These droughts and floods have in recent years increased in both intensity and frequency. The Horn of Africa, for instance, experienced in 2011 and 2012 what was described as the worst drought in 60 years. The report goes on to highlight that climate change is impacting negatively on food security while multiplying existing health vulnerabilities, including insufficient access to safe water and improved sanitation.

In this context, inviting young people of faith in Africa to be part of the solution, and involving them in the design and implementation of activities in mitigating and adapting to climate change is both an imperative and a climate-smart investment now and for the future. Indeed, during the life of the project, CYNESA in collaboration with the pilot schools will run forums on climate change with the students in Kenya, Tanzania, and Zimbabwe, incorporating a variety of proposed activities such as tree-planting, music, poetry, and art.

The CYNESA Climate Change toolkit project is a step in this direction with ARC as our key partner. We hope that as the project develops, we will be able to engage with more Jesuit institutions in more regions of Africa, especially in the Central and Western parts of the continent. We take this opportunity to invite other partners to support us in realizing this exciting project.

Allen Ottaro is the Founder and Executive Director of CYNESA.