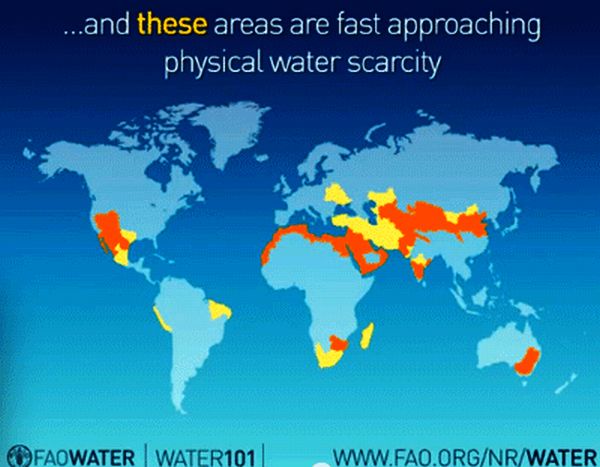 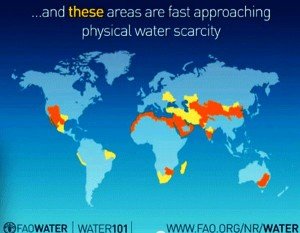 Water issues will be the focus of much of the world’s attention with the forthcoming World Water Week  in Stockholm, Sweden from 1 to 6 September 2013. The challenges with water are becoming increasingly complex, and the strategies for coping will require more than science, technology, or policy solutions. Rather, it will take a combination of all these, as well as new and innovative approaches that build the necessary social capital and networks that will enable greater water cooperation and build partnerships.

The United Nations recognized the importance of the social aspects of water management and declared 2013 the International Year of Water Cooperation. Questions on the agenda include: Why do we need to cooperate? What are the goals? With whom must we cooperate, and perhaps most importantly, how?

By 2015, less than two years away, we will go back to the Millennium Development Goals (MDGs) to check how countries progressed. With less than 1,000 days left to the MDG deadline, only four out of the 21 targets or sub-targets have been met.

The goal of reducing the US$1.25 per day poverty rate (MDG1) was reached in 2010. In 2012, the proportion of people without access to safe drinking water was halved, meeting part of the goal on environmental sustainability (MDG7.) Also on MDG7, significant gains were made in improving the lives of at least 100 million informal setters. Eliminating gender disparity in primary education was accomplished in 2010 (MDG3-a) and gender disparity in secondary education is also on track to be achieved.

On the whole, performance on MDGs was not outstanding, particularly on the goals related to education and health and regionally, the progress is diverse. The East Asia and Pacific region is on track to meet most, if not all of the MDGs. On the other side of the spectrum, Sub-Saharan Africa is off-target. Countries that are lagging on the goals had the worst starting points to begin with and required the most absolute progress; and on absolute terms they have made significant progress.

The link between human development and water was expressed as early as 2006, in the Human Development Report on Water, “Beyond Scarcity: Power, poverty and the global water crisis.” Human progress depends on access to clean water as well as the ability to tap into the potential of water as a productive resource and for many people, this basic resource cannot be taken for granted. Initial assessments show that most countries are on track in terms of ensuring access to water.

Performance was not as good on sanitation, with many regions still showing limited gains in coverage. Based on the Global Monitoring Report 2013: Rural-Urban Dynamics and the Millennium Development Goal by the World Bank , 55 countries met the target for the goal on access to safe drinking water, 44 countries are seriously off-target, and for 20 countries, data is insufficient to make any reasonable estimates. Sub-Saharan Africa is lagging the most, although access to clean water improved from 35% in 1990 to 49% in 2010.

In terms of sanitation, the progress is much worse with only 27 countries meeting the target and 63 countries completely off-track to meet the goal by 2015. Analysts say that the sanitation target of the MDGs will not be achieved primarily due to the large urban-rural disparity, especially in Sub-Saharan Africa and South Asia.

There must be a strong global push if we are to achieve all of the goals by 2015. The Global Monitoring Report 2013 highlights the challenge of bridging the urban-rural divide in meeting the targets. Rural areas did not perform well on the goals. There is a need to improve strategies that will allow for more inclusive economic growth and human development to allow rural areas to progress.

Communities in the uplands are perhaps among the most vulnerable communities when it comes to access to water and sanitation. Ironically, they are also among the most important stakeholders who must be engaged in the work of water cooperation. Upland communities are key to protecting and managing ecosystems that are critical to downstream services, including water.

In a recent experience in the Philippines where young professionals from various Asian countries enrolled at the UN-mandated University for Peace for peace and development masteral courses visited an upland community, the most significant point that the students brought with them after engaging with the Pulangiyen community in Sitio Bendum, Northern Bukidnon, was the capacity of Indigenous Peoples to harness their water resources, not only for their domestic use, but for energy potential as well. Clearly, communities are not passive beneficiaries of development programs, but can be actively engaged in strategies for natural resource management.

Before their community water system was installed, health and sanitation were among the main concerns in the Bendum community. Despite having access to water sources, these were not always safe and children were susceptible to water-borne illnesses. Today, the community youth are among the most actively engaged stakeholders in maintaining the forest areas that are critical to the community’s water supply.

In a previous article, Jesuits are seeking to globally cooperate on water for all, it was shared that Fr. José Ignacio Garcia, SJ is coordinating discussions in the Ecology Network to increase awareness of global water concerns.  The following water-related concerns are shared as examples that are experienced across all regions: commodification and privatization of water especially in the USA and Europe, desertification and lack of basic water needs notably in Africa, flooding, extreme rainfall events, and climate change in Asia Pacific, arsenic poisoning in South Asia), and transboundary issues, rights and access, water pollution and contamination in Latin America and elsewhere.

Although increasingly we speak in terms of a global water crisis, it is clear that there are also global opportunities. Discussions during the World Water Week should help bring focus to the ways in which a broader range of stakeholders can be included in the strategies not only for meeting the MDGs but even beyond 2015.

Mariel de Jesus is a Research Manager at the Environmental Science for Social Change, a Jesuit research organization in the Philippines.