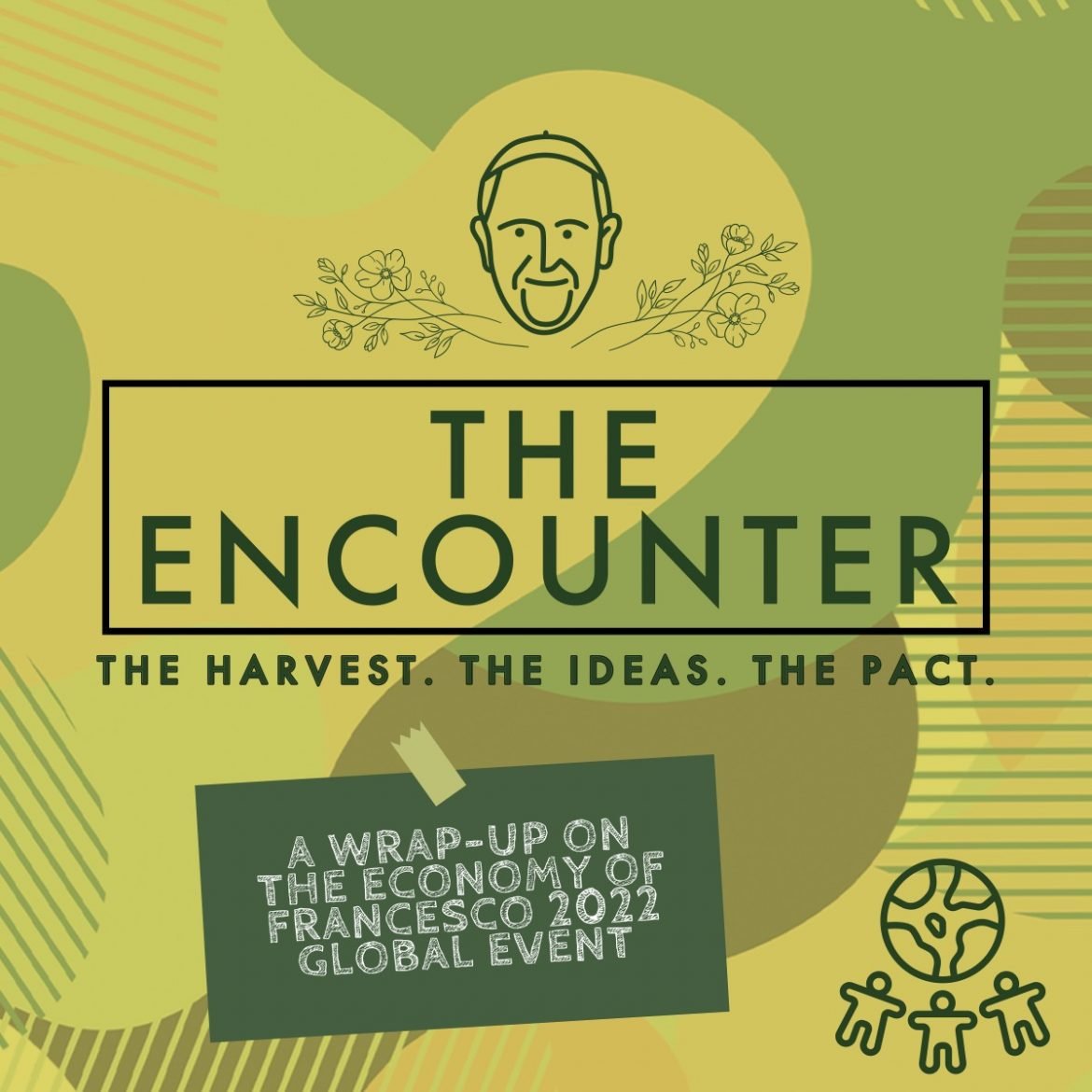 This is a brief wrap-up of the 2022 Global Event of The Economy of Francesco, The Encounter: The harvest, the ideas, the pact, where several key takeaways for the youth emerged.

Thousands of young participants all over the world wanted to contribute to a “new season of economic thought and practice.” The youth shared powerful stories which echoed “We are the women and men of listening and dialogue, seeking to give soul to the economy.”  Young people from conflict areas shared emotional testimonies that call to combat an economy that fuels war by building trust and peace. “The Economy of Francesco is a bridge that connects various disciplines, a bridge that connects the peripheries and the future, and a bridge that connects young people to a responsible economy.”

The 12 Villages of the Economy of Francesco gathered young people from various territories, cultures, and backgrounds, into spaces of dialogue. An example of a village dialogue is the Agriculture and Justice Village where the deep-seated injustices that continue to threaten the food system at the local and global levels were shared, engendering a sense of solidarity amongst the participants upon hearing the shared concerns. Empowering stories contributed insights to the Village document towards an economically just food system that cares for the well-being of people and the Common Home.

Economy of Francesco Day 3- Address of His Holiness Pope Francis

Pope Francis’ message to the youth is to move towards a social, relational, environmental, and spiritual sustainability to create a better economy for the world. There is no Economy of Francesco without respect, care and love for the poor, for every poor person, for every fragile and vulnerable person – from conception in the womb to the sick person with disabilities, to the elderly person in difficulty. Developing an economy inspired by Pope Francis means committing ourselves to the poor at the center.

Pope Francis’ mission to the youth

Towards the end, Pope Francis had a mission for the youth with an inspirational message that challenged them with three signposts moving forward.

Dani De Jesus designed this Economy of Francesco 2022 wrap-up with text from Criselle Mejillano. Dani and Criselle are young staff of the Environmental Science for Social Change, a Jesuit research and training organization in the Philippines. Criselle joined the 2022 Global Event of The Economy of Francesco in Assisi, Italy.