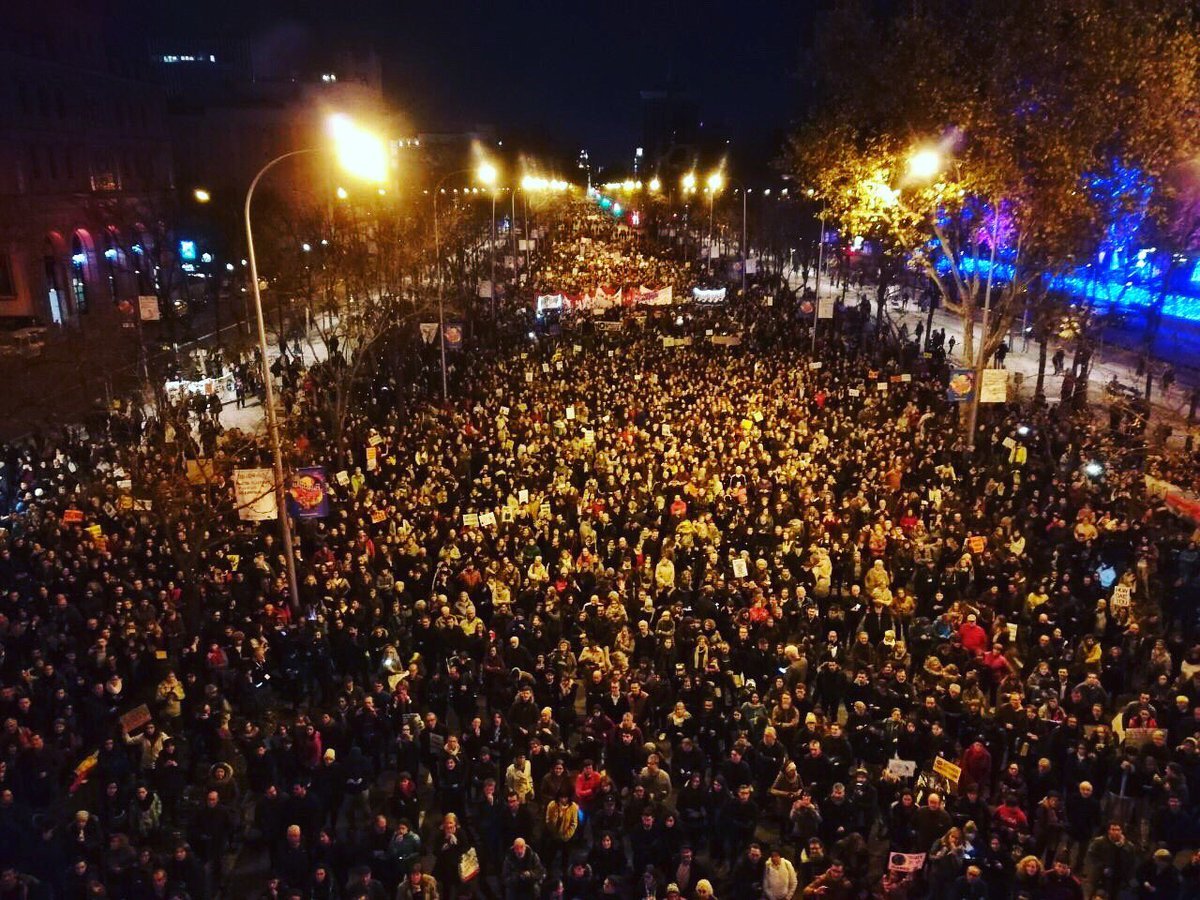 Ecojesuit shares this article released before COP25 started in Madrid, Spain and written by three young women climate activists from Sweden, Germany, and Chile who are leading and inspiring student and youth climate strikes in different parts of the world.

For more than a year, children and young people from around the world have been striking for the climate. We launched a movement that defied all expectations, with millions of people lending their voices – and their bodies – to the cause. We did this not because it was our dream, but because we didn’t see anyone else taking action to secure our future. And despite the vocal support we have received from many adults – including some of the world’s most powerful leaders – we still don’t.

Striking is not a choice we relish; we do it because we see no other options. We have watched a string of United Nations climate conferences unfold. Countless negotiations have produced much-hyped but ultimately empty commitments from the world’s governments – the same governments that allow fossil fuel companies to drill for evermore oil and gas, and burn away our futures for their profit.

Politicians and fossil fuel companies have known about climate change for decades. And yet the politicians let the profiteers continue to exploit our planet’s resources and destroy its ecosystems in a quest for quick cash that threatens our very existence.

Don’t take our word for it: scientists are sounding the alarm. They warn that we have never been less likely to limit the rise in global temperatures to 1.5 degrees Celsius above pre-industrial levels – the threshold beyond which the most destructive effects of climate change would be triggered.

Worse, recent research shows that we are on track to produce 120% more fossil fuels in 2030 than would be consistent with the 1.5°C limit. The concentration of climate-heating greenhouse gases in our atmosphere has reached a record high, with no sign of a slowdown. Even if countries fulfill their current emissions-reduction pledges, we are headed for a 3.2°C increase.

Young people like us bear the brunt of our leaders’ failures. Research shows that pollution from burning fossil fuels is the world’s most significant threat to children’s health. Just this month (November 2019), five million masks were handed out at schools in New Delhi, India’s capital, owing to toxic smog. Fossil fuels are literally choking the life from us.

The science is crying out for urgent action, and still our leaders dare to ignore it. So we continue to fight.

After a year of strikes, our voices are being heard. We are being invited to speak in the corridors of power. At the UN, we addressed a room filled with world leaders. At the World Economic Forum in Davos, we met with prime ministers, presidents, and even the pope. We have spent hundreds of hours participating in panels and speaking with journalists and filmmakers. We have been offered awards for our activism.

Our efforts have helped to shift the wider conversation on climate change. People now increasingly discuss the crisis we face, not in whispers or as an afterthought, but publicly and with a sense of urgency. Polls confirm changing perceptions. One recent survey showed that, in seven of the eight countries included, climate breakdown is considered to be the most important issue facing the world. Another confirmed that schoolchildren have led the way in raising awareness.

With public opinion shifting, world leaders, too, say that they have heard us. They say that they agree with our demand for urgent action to tackle the climate crisis. But they do nothing. As they head to Madrid for the 25thsession of the Conference of the Parties (COP25) to the UN Framework Convention on Climate Change, we call out this hypocrisy.

On the next two Fridays, we will again take to the streets: worldwide on 29 November, and in Madrid, Santiago, and many other places on 6 December during the UN climate conference. Schoolchildren, young people, and adults all over the world will stand together, demanding that our leaders take action – not because we want them to, but because the science demands it.

That action must be powerful and wide-ranging. After all, the climate crisis is not just about the environment. It is a crisis of human rights, of justice, and of political will. Colonial, racist, and patriarchal systems of oppression have created and fueled it. We need to dismantle them all. Our political leaders can no longer shirk their responsibilities.

Some say that the Madrid conference is not very important; the big decisions will be made at COP26 in Glasgow next year. We disagree. As the science makes clear, we don’t have a single day to lose.

We have learned that, if we do not step up, nobody will. So we will keep up a steady drumbeat of strikes, protests, and other actions. We will become louder and louder. We will do whatever it takes to persuade our leaders to unite behind science so clear that even children understand it.

Collective action works; we have proved that. But to change everything, we need everyone. Each and every one of us must participate in the climate resistance movement. We cannot just say we care; we must show it.

Join us. Participate in our upcoming climate strikes in Madrid or in your hometown. Show your community, the fossil fuel industry, and your political leaders that you will not tolerate inaction on climate change anymore. With numbers on our side, we have a chance.

And to the leaders who are headed to Madrid, our message is simple: the eyes of all future generations are upon you. Act accordingly.

Greta Thunberg is a climate strike leader from Sweden, Luisa Neubauer is a climate activist from Germany, and Angela Valenzuela coordinates Fridays for Future in Santiago, Chile.