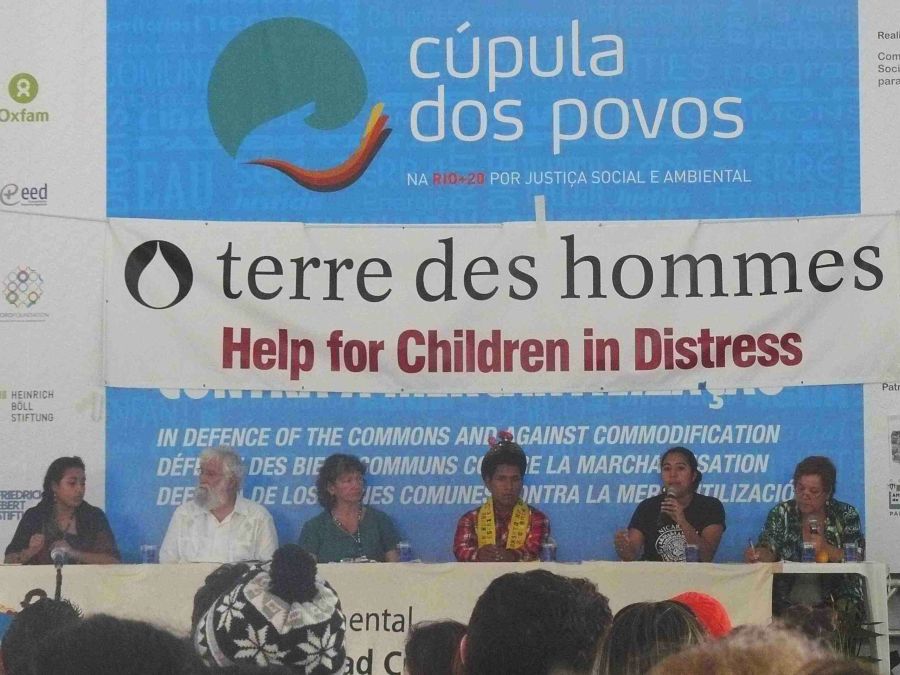 Many young people from all over the world gathered at the 2012 UN Conference on Sustainable Development (Rio+20) in Rio de Janeiro. The summit’s motto, The Future We Want, is definitively an engaging title for younger generations to debate and think on their right to decide their future.

Official studies and reports were analyzed on the youth’s opinion towards globalization, sustainable development, or the Green Economy’s opportunities for them and their countries. Yet it was proven difficult to speak of the youth in general – especially in a globalized and postmodern society – and draw general conclusions on such a wide-ranging issue.

Alongside the official Rio+20 conference, a crowd of enthusiastic and committed youth gathered at the People’s Summit. We often hear about the youth’s apathy and lack of political motivation, but this was not the case at the recent summit. They all were eager to think and work on the future they want. 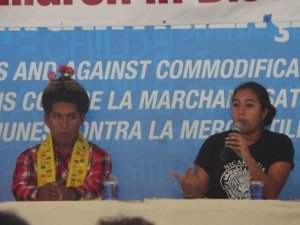 This morning, a group of young Native Americans from Bolivia, Peru, and Ecuador delivered a speech on the concept of “El Buen Vivir.” They explained their understanding of this way of life and argued that El Buen Vivir is a good way to imagine our way out of the current environmental and economic crisis. Leonardo Boff joined the conversation and supported their views.

“There is no clear leadership able to take care of nature and people. There are no utopias anymore; we are looking for inspiration,” said one of them. Young indigenous people want to recover and embrace what their own indigenous tradition considers wealth and wellbeing: their worldview, their way of understanding life, and the intimate relationship with nature and creation. For them, recovering their own roots is both inspiring and orienting. 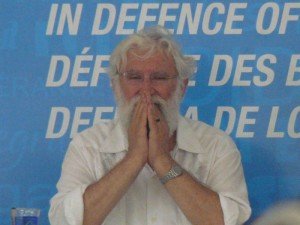 El Buen Vivir is a holistic category that includes both persons and nature. It also implies a profound, collective social construction and a truly community-based democracy. In such a political paradigm, land plays a central role – it is the source of life. Resources are not for exploitation; we belong to them and are called to become their caretakers.

This vision may seem a romantic utopia and be quickly discarded. It does not match our Western idea of wellbeing, progress, and consumption as synonyms of development and paths to high standards of living. The current economic status quo holds that personal wealth generation (and hoarding) is the default position, a position protected by most countries’ political constitutions and legal frameworks. Financial institutions reinforce this view.

In the face of this reality, El Buen Vivir is a proposal for generating and distributing wealth for all, for today and tomorrow. It is not only an alternative economic model, but an ecological and vital one as well. The young people we met at the Aterro do Flamingo are an inspiration for all those who believe a different world is possible, those looking for a great alternative for humankind. Their future is not just a continuum with our present; it is a new beginning that cannot repeat the mistakes of the past.

Maybe the most difficult thing to grasp from this proposal is that poor and humble peoples of the earth may have something to teach us. They could be “right” in what they are proposing. Harmony and equilibrium between humankind and nature may be the great lesson we can learn from these peoples, it may also be the only way out of the planetary crisis we face.

Ms Mary Tere Guzmán works with the Political Action and Networks Department of Alboan, a Jesuit NGO in Loyola Province, Spain that promotes development cooperation through education and training, policy support, and strengthening the social transformation of organizations engaged in development work.