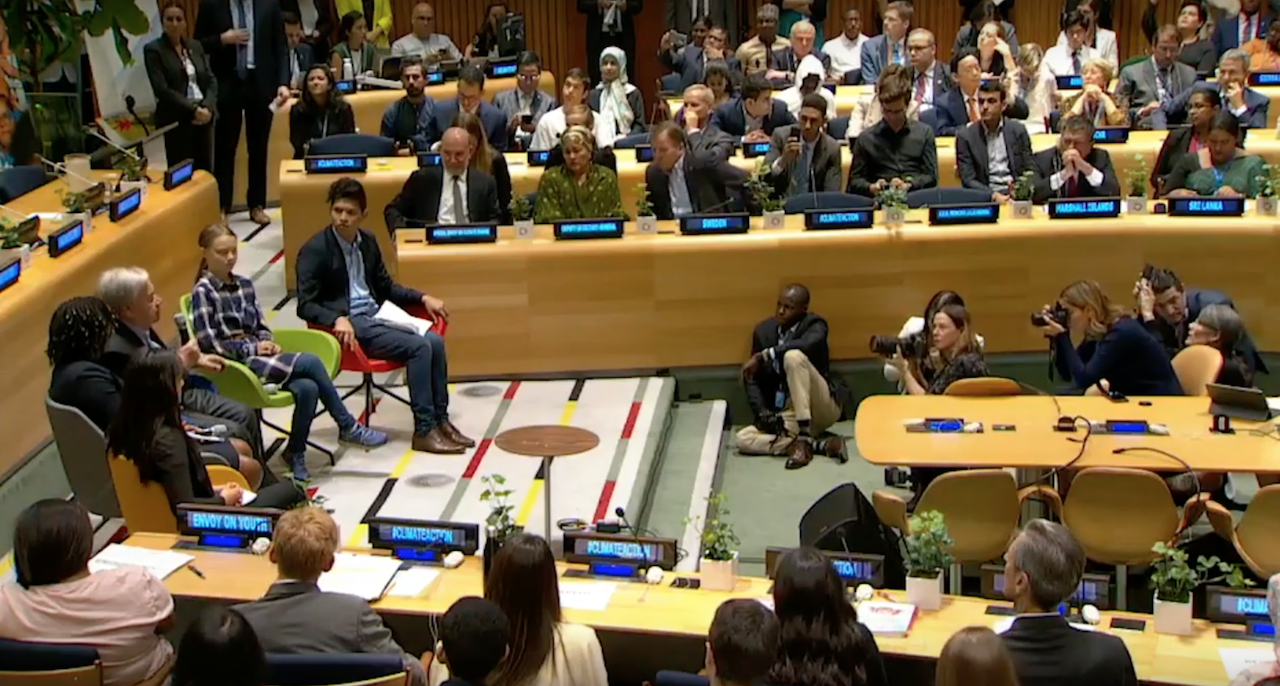 Ecojesuit and partners across the six Conferences took part in the Global Climate Strike activities from 20 to 27 September in solidarity with parallel climate actions globally, mainly youth-led demonstrations calling for greater climate action from governments and major oil and gas companies.

Jesuit institutions and partners took to the streets, classrooms, and communities to join climate strikes or engage in dialogues, discussions, and other activities that deepen climate action. These include Loyola University Chicago in Chicago, Illinois, USA, the Jesuit European Social Centre in Brussels, Belgium, Jesuit Mission and Jesuit Social Services in Australia, and Environmental Science for Social Change that joined other organizations in Manila, Philippines.

Educational and community-based events were held at Saint Xavier’s College of Management and Technology in Patna, India where students displayed related artworks and creative presentations and at the Apu Palamguwan Cultural Education Center in Bukidnon, Mindanao, Philippines where 60 indigenous youth from neighbouring villages gathered for a two-day summit on the role of culture in climate action with the local mayor joining. The Don Bosco Green Alliance coordinated several educational activities throughout their 178-member youth network in over 40 countries.

Educate Magis and Visibles.org and other partners helped greatly in supporting and promoting Ecojesuit’s joint statement for urgent climate action.

Brex Arevalo of the Ecojesuit Secretariat joined 100 young climate champions from around the world who were awarded Green Tickets to attend the first-ever UN Youth Climate Summit on 21 September in New York, USA. This is part of the Climate Action Summit held within the framework of the activities of the 74th UN General Assembly and opened a space for young social activists and entrepreneurs to present their actions to global leaders, in favor of the environment. Aside from his work with Ecojesuit as Task Force and Project Manager, Brex is also the Deputy Director for SDG Alignment for the 2030 Youth Force in the Philippines, part of the broader 2030 Youth Force which is a regional youth-led network of youth communities in Asia-Pacific organized by the UN Development Programme and the UN Volunteers and advocating the achievement of the SDGs.

Other Green Ticket youth leaders include Alberto Barrantes Ceciliano, a youth leader from Costa Rica who shared his project Carretica Cuentera, and Young Champion of the Earth awardee Louise Mabulo, a young chef and entrepreneur who also won the Outstanding Young Farmer of the Philippines Award in 2018. Louise established the Cacao Project that “aims to combat deforestation by reviving barren lands through tree planting, creating economic forests and nurseries, promoting fair trade and reforestation, while empowering farmers with higher incomes.” Meanwhile, another Green Ticket recipient, Nasratullah Elham, 17, a Grade 12 student at the United World Colleges International School in Thailand, Bangkok and is from Afghanistan, was denied a US visa and was unable to join.

From 2 to13 December, Ecojesuit will continue to engage with these young climate leaders and other partners during COP 25 in Santiago, Chile, bringing the plans of action from the Global Climate Strike activities, as well as emerging concerns of indigenous communities from the ongoing Synod of Bishops for the Pan-Amazon Region.