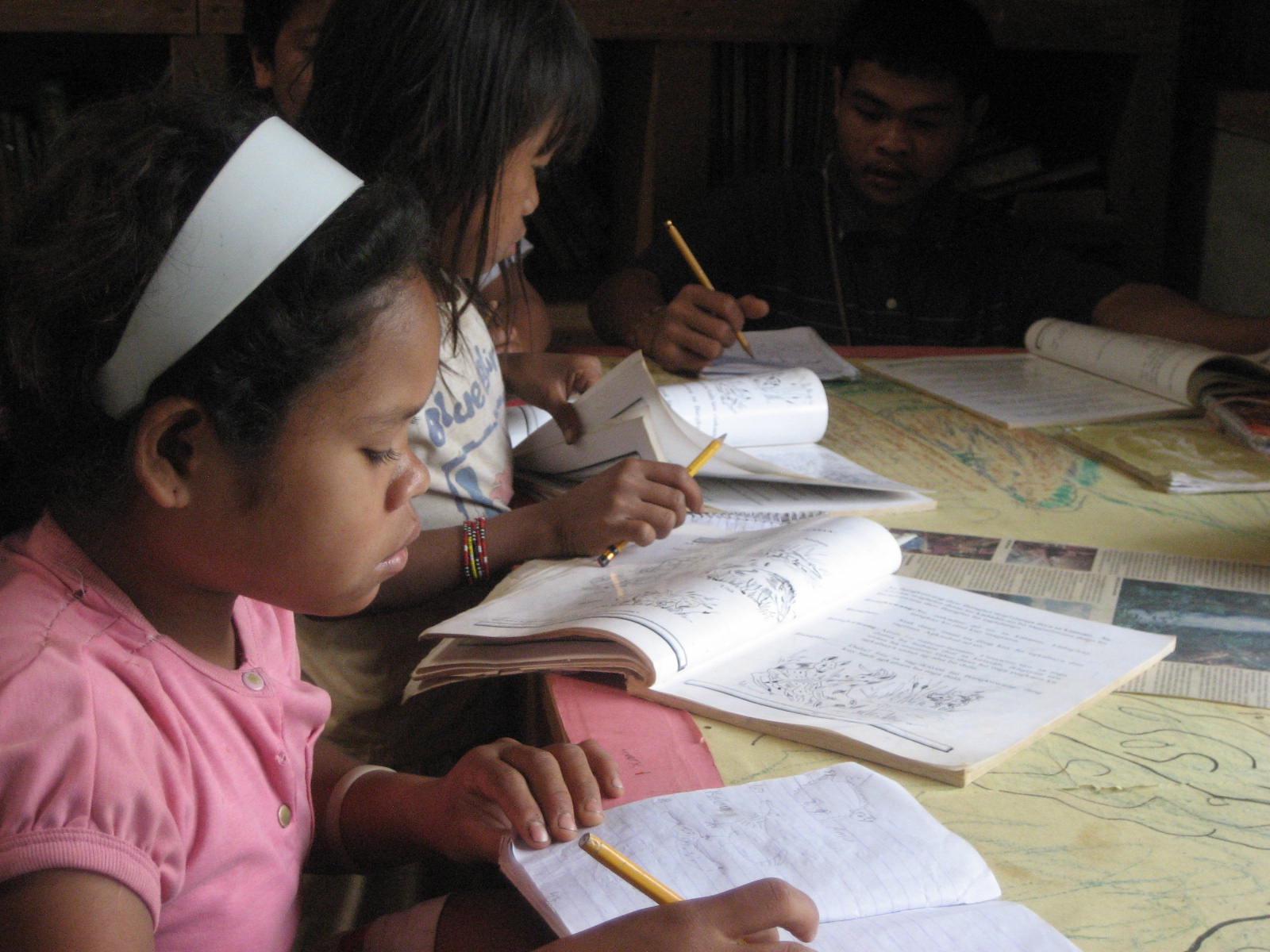 In a global world, 329 million speak Spanish, 328 million speak English, and around 1.2 billion speak Chinese languages (Source – Ethnologue: Languages of the World, 2009).  For Asia at least, English is the way to go.  India and Philippines are ahead as they learned English from colonial times and in recent decades, large populations are exposed to its use and are now centers of communication, most notably as global call centers and migrant workers.

There was a period when education in the last century focused on the national language as essential to a newly established world order, identity, and social equity.  The growth in economy opportunity, the excitement of global culture, and not only instant information but ‘understanding’ has led the way, so much so that villages without roads desire to learn English if only as a third or fourth language.

Is it that simple?  Is it one language for all, or at least for globalization?  For those climbing up, the English language is a major objective in getting connected to the urban flow and to global traffic.  Increasingly, rural populations don’t want to work the land.  The potential security of a job and easy consumption urbanize billions of people.  This was the trend at least until the recent financial crisis, compounded with a drop in local confidence and some social reality checks like the London wrecking.

In the rush that excites any youth to see the world, there is not time to understand what might be of value later, what contexts already exist for building alternative opportunities for life, and how fulfillment might be experienced.  Many see the possibility of greater security for family members and are often given the burden with great risk to take up this responsibility.  Besides, this youthful identity can be with technology and the social excitement it generates, superficially the buzz.  The self is lost in much of this and only hard times bring back the loneness and need to identify anew.  The built-in minimum ‘two percent’ economic growth that was assumed in sustaining development is gone – momentarily?  We are forced to adjust our expectations and our sense of self-identity and fulfillment that has resulted in much disillusionment and anger.  Society easily disowns what it cannot sustain.

Education – simplified as language (and mathematics) – has become the ability to compete.  In competing, there are many who lose out, this being the nature of competition and of markets.  And so there are billions of people who cannot successfully compete in the myth of economic development for all.  Human development, also suffering from lack of sustainability as it is tied in some ways to the economy, allows for other opportunities.  Human development, opportunity for all, was the cry of nationalism decades ago and of globalization recently, through the Millennium Development Goals.  Reduction of poverty is the first goal and education the second.  Education is seen as central for human development, security of family, participation with equity in society, and sustainability of the environment and economy.

An understanding of multilingual education (MLE) has emerged that supports the use of national language and global.  However, it takes stock of the reality that more than 114 million children are not receiving basic elementary education (UN Millennium Project), that there are inadequate teachers that speak the national languages (let alone English), that these children can adequately learn and more easily reach other aspects of human development by meeting their basic needs, if there is education in the local language.

There is nothing new in this.  Since mothers have been around, there has been the mother tongue.  Mothers make time and have more time with infants and are generally the first consistent teacher at home.  The objective of education should be to continue this, not banish it to the kitchen in favour of urban and national concepts that have not yet entered the village or relevant to the child’s mind.

As a program of an increasing number of countries and of the United Nations for cultural regions and Indigenous Peoples, MLE is new in that there is support from the top, given directly to the bottom, to learning for all.  Children learning in their mother tongue and drawing on the experiences and concepts of their culture, give identity and strength to the individual and community.  In learning a language as we understand the human cognitive processes today, this is done once in the mind and then adapted for other languages.  The first language learned with confidence and meaning is the best basis for learning other languages.  This makes the mother tongue a desired foundation reinforced by parents.  The cognitive domain or cultural paradigm is then clear in the child’s mind.  As a result, the child is in a better position, both psychologically and comprehension-wise, to learn another language, and if that or the subsequent one is the national language, the child enters society with a greater chance of continuing to engage.

For brevity there may appear to be a number of assumptions in this orientation, but increasingly the literature shows otherwise.

“We know how important education in the mother language is for learning outcomes,” declared Irina Bokova, Director-General of UNESCO, on the occasion of International Mother Language Day, 21 February 2011. “Mother language instruction is a powerful way to fight discrimination and reach out to marginalized populations.”

The lessons learned by human development and education specialists do not stop here.  The post-colonial denial of other cultural and linguistic groups emerging in Europe or the melting pot mentality of the USA ruled for generations, giving way only to a global liberalism.  The lack of cultural expression and identity in developed society is heatedly debated.

At least at home, in lesser and least economically developed countries, human development gets a chance to learn integrally even if not globally competitive, and be closer to a sustainability and identity that give opportunity even if not the perceived ideal of consumption.